The association joining the ArchHerNet Conference in October 2018

Members of our association participated in the conference “Cultural Heritage in Crisis – Prevention, Protection and Post-Disaster Rehabilitation”, 8 and 9 October in the premises of the Federal Foreign Office in Berlin. The event was organised by the Archaeological Heritage Network (ArchHerNet). The conference dedicated two days of input to a wide range of topics surrounding destruction and damage linked to climate change, war and conflict, and urban growth and infrastructure development. Our members also participated in the workshops on the second day.

The Association is a founding member of the network, which was formed in 2015. 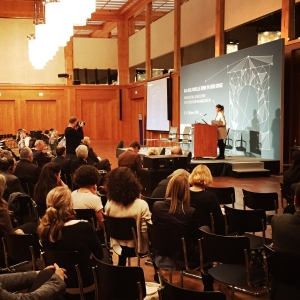